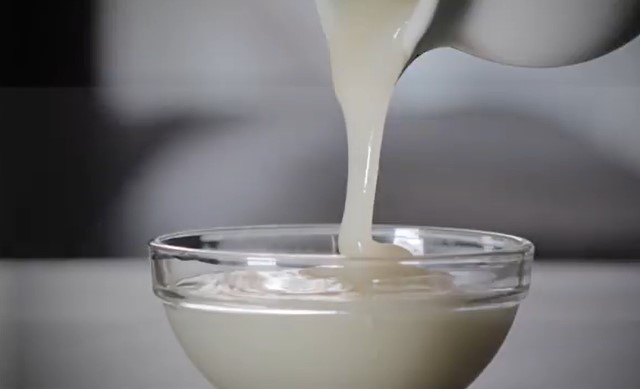 Evaporated milk is a common ingredient in many creamy soups, desserts, and sauces. The good news is there are several store-bought or homemade options for coming up with a simple vegan substitute for evaporated milk.
And if you had been hesitant about making the switch to the vegan lifestyle, keep in mind it has been shown that a vegan diet can have major health benefits for both your body and the planet.

We can all agree that going without dairy isn’t exactly easy, especially when you first become a vegan. What you need to be clear on is that it is totally possible to obtain evaporated milk as a vegan by finding delicious vegan substitutes such as the ones we have shared with you in this guide.

As the name suggests, no, evaporated milk is not vegan. This canned product is made by exposing dairy milk from cows to high temperatures to reduce the liquid concentration by about 60%. This produces a thicker liquid that has more flavor than traditional milk.

Why do you need an alternative to evaporated milk?

What do vegans use instead of evaporated milk?

There are plenty of plant-based products that can be used in place of evaporated milk, such as soy, rice, nut, oat, flax, hemp, quinoa, and coconut milk.

Can vegans use evaporated milk?

Evaporated milk is simply milk that has been cooked to evaporate up to 60% of the water content. This means you can make a vegan substitute using plant-based milk and a saucepan.

What are good vegan substitutes for evaporated milk?

Oat milk is one of the reasonably thick milk, although you will still need to boil it and thicken it up before you start using it in cooking.
The great thing about using oats is that they don’t really affect the flavor of the recipe too much, so you can include them without ruining the original flavor and texture of the dessert.

Another super simple substitute for evaporated milk is to use rice milk powder. This option is especially good if you only need a small amount of evaporated milk or are in a hurry and don’t have any canned coconut milk on hand.

Soy milk is another good alternative for vegans. It is also quite thick and has a neutral flavor that shouldn’t affect the dish you’re making significantly. Many people enjoy the flavor of soy milk, and as it has a protein content that is similar to dairy milk, it may be suitable if you have to watch your protein intake.

Like rice milk, almond milk runs into some problems when it is used as a substitute for evaporated milk because it is very thin and has high water content. That doesn’t mean almond milk is unsuitable, but you may find it more difficult to cook with, especially if you are trying to create something that is moisture sensitive.

The rice milk is enriched with vitamin B12 and tastes delicious. Feel free to indulge in this milk guilt-free, and get your daily dose of key nutrients.

Koita Premium Italian Plant-Based Rice Milk contains no GMOs nor artificial preservatives. It can be used as a delicious substitute for anything you might use regular milk for – Oatmeal, baking treats, lattes, coffee, baked goods, cooking foods, and cereals.

Rice Milk is known for being the least allergenic of non-dairy milk, which makes it a great choice for someone who is intolerant to lactose or just prefers a delicious alternative. 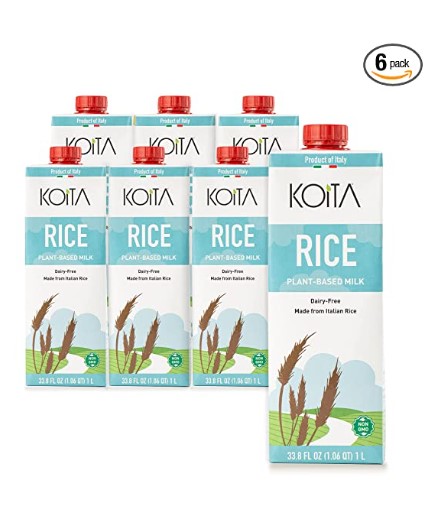 Powered by superfood flax that’s creamy and delicious, our Flaxmilk +Protein is allergen friendly and packed with 8g of vegan protein per serving.

Made with cold-pressed flaxseed oil, our Flaxmilk +Protein has 1,200 mg of Omega-3s per serving plus essential Vitamins D2 and B12. 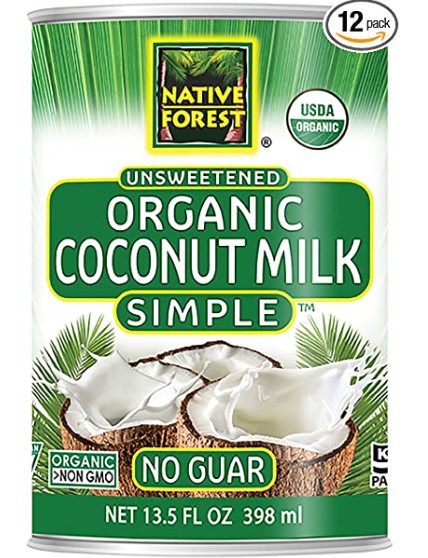 Barista blends oatmilk steams, froths, and foams just like dairy milk and tastes delicious by itself. Natural starches give this oat milk a creamy, smooth texture without any gums, stabilizers, or carrageenan.

Barista Blend Oatmilk has a mild and sweet malty taste, yet is lower in sugar than sweetened plant milk. Because Califia Farms Oatmilk is naturally thick, no gums, stabilizers, or carrageenan are needed.

The oats used to make this oat milk are grown in North America, by farmers Califia Farms knows and trusts.
This oat milk is an excellent source of calcium and provides 5 g of Omega-9 fatty acids per serving. 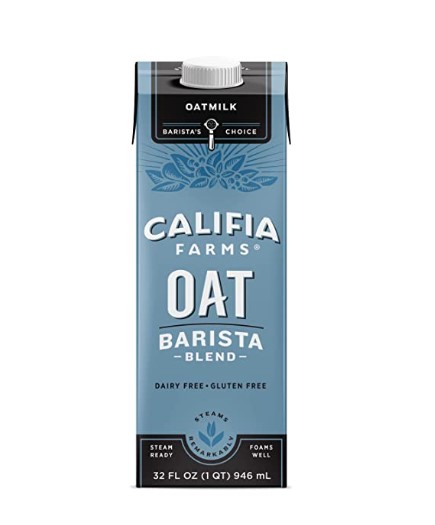 With 0 grams of sugar, this Barista Blend is made for our espresso lovers. Specially formulated a version of an artisanally-made Almond Milk, just for Baristas. 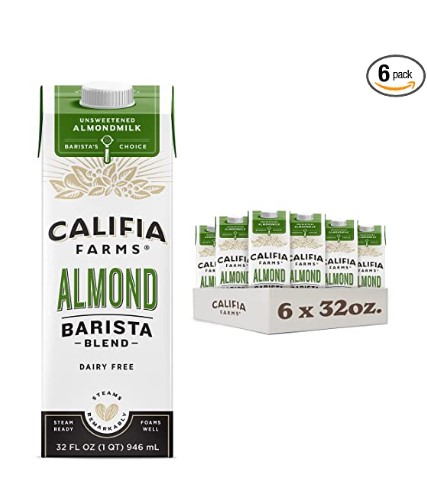