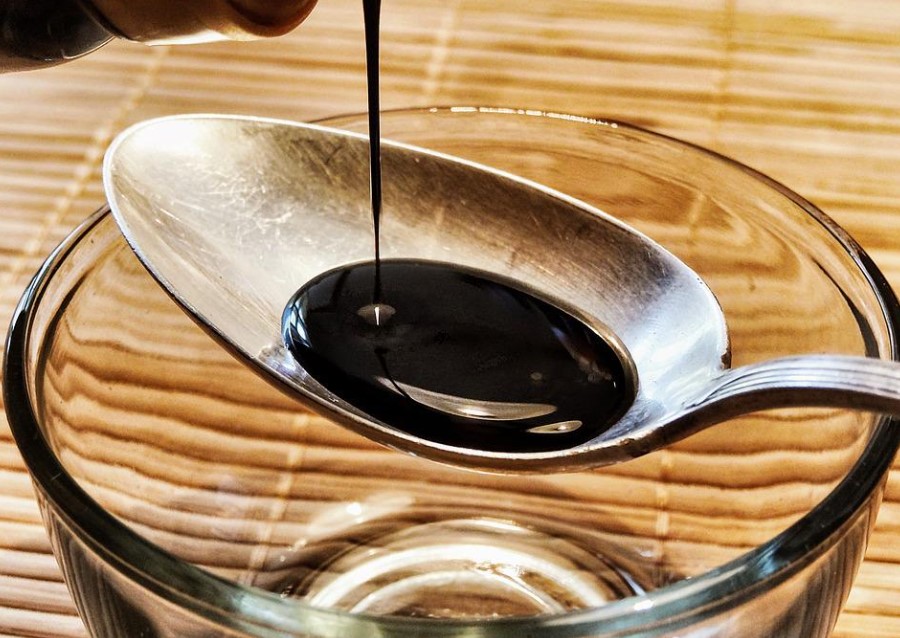 Soy sauce is a staple condiment in many kitchens and restaurants. Its use in Asian cuisine is prevalent, and you might find it in other recipes, such as those for homemade sauces, comfort foods, and soups. However, it has been shown that taking the leap to a vegan diet can have major health benefits for both your body and the world, and if you need to avoid it altogether for whatever reason, we’ve got you covered.

We can all agree that going without soy when you first become a vegan, isn’t easy, especially if you have loved it for most of your life and are now joining the vegan lifestyle. What you need to be clear on is that it is totally possible to get your ‘soy sauce’ as a vegan by finding delicious vegan soy sauce substitutes such as the ones we have shared with you in this guide. So whether you are trying to control sodium, soy or gluten the following is for you.

Why do you need to stay away from soy sauce?

One reason why you may wish to stay away from soy sauce is its main ingredient, soy. Soy is a common allergen, especially among children, with 0.4 percent of them having a soy allergy. While many children outgrow their soy allergies, some don’t.
There are other reasons one may want to avoid soy sauce. It contains gluten, which is a problem for people with celiac disease or gluten intolerance. It also often contains high levels of sodium.

What is a vegan substitute for soy sauce?

What can I use to substitute soy sauce?

Like soy sauce, miso paste is a fermented ingredient made from soybeans, salt, and kōji (although there are many varieties made with other grains like barley or rice). It’s salty and savory like soy sauce, too, and when blended with water, can be used as a substitute in a pinch.

2 tablespoons of your favorite vinegar (Choose balsamic if you like the dark color, but you can also use red wine vinegar or cider vinegar. Balsamic is also sweeter than most other vinegar).

What are popular soy sauce substitutes?

A popular soy-free, gluten-free, and vegan soy sauce alternative is coconut aminos sauce, made by Coconut Secret. This sauce comes from the sap of coconut trees and is made with Gran Molucas sea salt, cultivated in the Philippines.
It contains just 90 milligrams (mg) of sodium per serving, which is far less than soy sauce and some other alternatives. The sauce also contains 17 amino acids, giving it health benefits beyond those of soy sauce.

This sauce is derived from wild-caught anchovies from the Phú Quốc island in the Gulf of Thailand.
The sauce doesn’t contain soybean proteins and is gluten-free. It’ll enhance the flavor of your food without you having to use soy sauce.

This is a more-than-a-century-old sauce from Europe with many fans. People use Maggi seasoning sauce to enhance the flavor of just about any food dish. However, Maggi can sometimes contain soy and does contain wheat, another common cause of food allergies. Be sure to check the list of ingredients if you’re avoiding a particular product.

Umami-rich Worcestershire sauce may be associated with steaks or Bloody Marys, but you can also use it to season less traditional fare, from stir-fried vegetables to popcorn. It doesn’t contain soy or gluten.
The original Lea & Perrins sauce has just 65 mg of sodium per serving, but a reduced-sodium version, with only 45 mg, is also available.

Another soy sauce alternative rich in amino acids is Bragg Liquid Aminos, which has a serious following among health food circles.
It does contain soy, so it isn’t appropriate for people to avoid soy sauce because of an allergy. It also has 320 mg of sodium per teaspoon, according to its nutrition facts.

Can I substitute Worcestershire sauce for soy sauce?

Absolutely! You can use Worcestershire sauce in place of soy sauce. While their ingredients are not the same, both of them are fermented and enhanced with a savory flavor.

Coconut Secret Coconut Aminos Garlic Sauce is a new innovation in healthy Asian cuisine. Its created by infusing the Original Coconut Aminos sauce with garlic and other spices to create an exceptional seasoning and stir-fry sauce.

Coconut Secret Coconut Aminos Garlic Sauce is low in sodium and contains no MSG. Plus, it is USDA Certified Organic, gluten-free, kosher, and non-GMO verified. 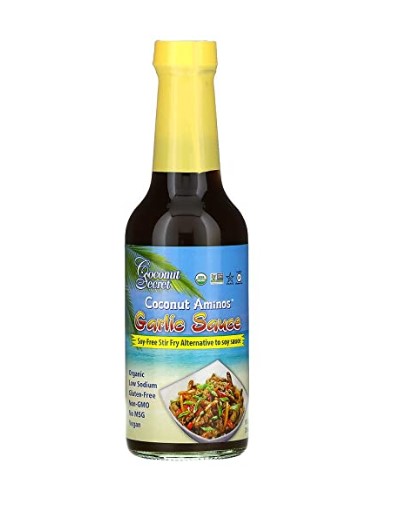 The delicious and flavorful sauces are QAI certified to ensure ingredients are grown naturally without prohibited chemicals or genetic engineering.

We take pride in being able to offer you a great tasting and Salt-Free product to add to your kitchen. Our delectable marinades complement Chicken & Poultry, Fish & Seafood, Noodles, Rice, Stir Fry, Lamb, Veggies, Pork, Beef, and Potatoes and provide great flavor for many other foods! 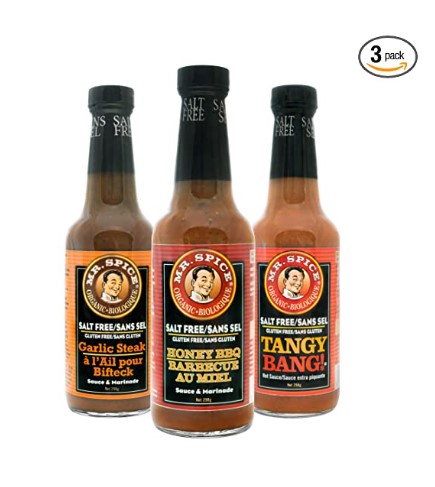 VFISH is an entirely vegan fish-less plant-based ‘Vegan Fish Sauce’ – the best fish flavor without the fish. It’s a perfect vegan gift. All the fishy flavor comes from two types of edible seaweed.

Use this delightful vegan food to make your favorite Thai or Asian cuisine, make a dip/dressing, or simply use it as a condiment or seasoning. The MSG Seasoning is a natural organic bi-product created from boiling seaweed.

The shiitake mushroom soy sauce gives it the umami vibes. Fish sauce Thai is a common ingredient in both Thai and Asian cuisine. This Vegan Fish Sauce is suitable for vegans, vegetarians, and non-vegan alike. No additives, colorants, or artificial flavorings. 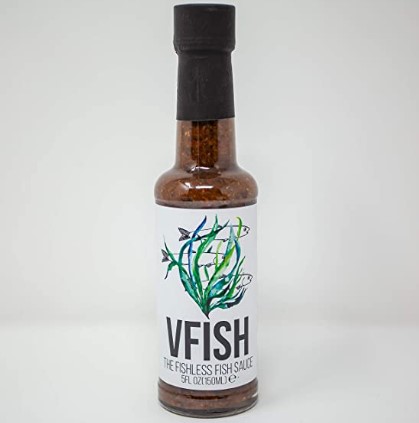 Make authentic Japanese yakisoba noodles at home with Otafuku. Our yakisoba sauce is the perfect combination of savory and sweet, packed with umami flavor.

Great for all diets, this yakisoba teriyaki sauce is gluten-free and vegan. It contains no artificial ingredients or high fructose corn syrup, only flavorful, natural ingredients.

Our yakisoba stir fry sauce is made with a mouth-watering blend of soy sauce, tomato, onion, carrot, and garlic with the sweet and tangy flavor of dates, peaches, and apples for that authentic umami taste. 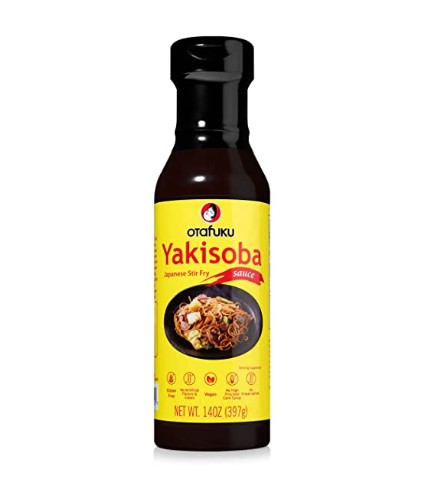 Rich with vital amino acids, and lower glycemic with almost half the sodium of soy sauce, our Organic Coco Aminos are a delicious essential seasoning sauce that is gluten-free and soy-free. Warmly umami with a spike of salt, cocoa aminos add pure savor to snacks and mains. Dash, dip or deepen your marinade and dig in.

A delicious sauce that is versatile and can be used as a marinade, glaze, dipping, finishing sauce, or on food on the grill. 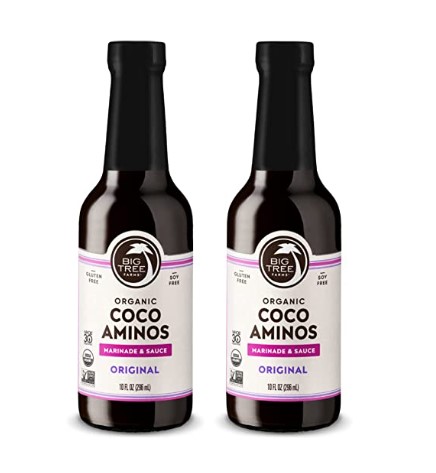 Bragg Liquid Aminos is better than Soy Sauce! There is no Gluten, GMOs, alcohol, or artificial coloring, and it is not fermented.

Liquid Aminos is a low-sodium alternative to traditional soy sauce. This Bragg seasoning tastes great in a stir-fry with fish, tofu, chicken, or beef. Experience the great taste without all the extra salt from soy sauce. 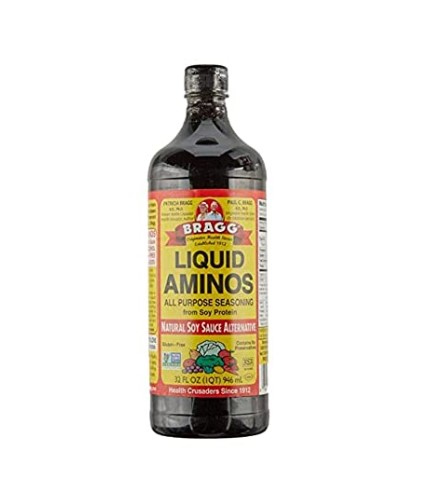